Welcome to Nozy and its homestyle Japanese dishes

Frustrated by the fact that he couldn’t recommend a Japanese restaurant to friends outside the typical sushi, izakaya and ramen spots, Nozomu Takeuchi decided to open his own place.

« It’s the food I like to serve at home with some accommodations made for the local palate, »

he says of Nozy’s menu.

Ours is a city where trends flourish. In Montreal – perhaps less so than in New York, Paris and London – diners are game to try out the latest food fashion, be it aged beef, fish tartare or newfangled poutine. You can even attach an era to restaurant genres – like the steak house, the fancy French, the Szechuan, the nouveau Québécois, and even the crêperie. And today’s most popular style of restaurant? I’d choose the wine bar, followed closely by the pizzeria and the sometimes-winning, chef-driven resto.

In 1990s Montreal, the most happening restaurants were Japanese. And once we had our fill of teriyaki and tempura, we turned all our attention to sushi. Starting with those two legendary Japanese establishments, the side-by-side Katsura and Sakura, the Japanese food scene took off, with restaurants like Mikado, Soto, Shô-Dan and Kaizen drawing in the foodies and fashionistas. And let’s not forget the plethora of sushi shops to accommodate the takeout crowd.

Sushi hit peak popularity at about 2001, so much so that its influence was felt throughout the city’s restaurants as French chefs were busy incorporating Japanese techniques, flavours and ingredients into their cuisine. Seemingly captivated by everything Japanese, amateur gourmets discussed everything from nori to dashi, ponzu to yuzu, and whether sushi was best eaten with chopsticks or fingers. The mind boggles at the thought of the sheer amount of spicy tuna that passed the lips of maki-mad Montrealers at the time. A decade later, sushi-loving millennials continued the love affair with raw fish and rice, though with an increasing emphasis on sustainable seafood. Was the sushi we were wolfing back any kind of serious reflection on Japanese cuisine? Let’s just say it’s hard to claim authenticity when you start making makis with cream cheese, smoked salmon and blueberries.

At about that time, 2007 to be exact, a young Japanese chef by the name of Nozomu Takeuchi moved from his native Japan to Calgary. Though his training at cooking school in Tokyo had focused on French and Italian cuisine, in Calgary he was not asked to make European fare but the oh-so-popular sushi. Interesting. He next headed to Switzerland to work in an Italian restaurant, and then he came back to Canada, this time, Montreal. Takeuchi found a post at Giovanni Apollo’s restaurant followed by stints at Kaizen, The W and eventually Zenya, where he took over the position of head chef. But frustrated by the fact that he couldn’t recommend a Japanese restaurant to friends outside the typical sushi, izakaya, and ramen spots, he decided to open his own place. Named after his nickname, “Nozy,” Takeuchi decided the cuisine he wanted to focus on would be “Teishoku-style,” which he describes as a main meal with soup and rice, prepared in a casual, home-cooked style. “It’s the food I like to serve at home with some accommodations made for the local palate,” says the chef, who cooks solo for the diners who fill his restaurant’s 28 seats. Sushi, a special occasion dish in Japan, would not be part of his menu.

Located in St-Henri on Notre-Dame St. just east of Atwater Ave., Nozy is a no-nonsense restaurant with a bare-bones decor and a wine list than includes less than 10 wines and a half-dozen sakes. I selected sake for my meal (Ozeki Yamada, the big ticket booze item here at $48) but would probably recommend something more aromatic like the bottle of Alsatian riesling listed on the top of the blackboard to play off all of the diverse flavours with more pizzazz than the Yamada sake. But hey, whatever floats your boat.

The menu is short so we basically ordered everything, starting with one of my favourite dishes of the night, a beef tataki. Served fanned out on a long dish, the beef was lightly seared on the outside, raw on the inside and paired with shredded greens, daikon and a lively ponzu sauce. A plate of assorted sashimi included pieces of tuna, salmon and sea bass as well as a few shrimp, everything super fresh and sliced with skill. Triangles of vegetable crêpes were prepared okonomiyaki-style, as in a thick pancake enhanced with carrot, onion and ginger, fried to a crisp, topped with bonito flakes and placed atop a spicy mayonnaise for dipping. I liked the contrast of textures at play, but boy were these babies rich. In search of something less filling, I turned my attention to the red tuna salad. Filled with red tuna chunks, daikon ribbons, sesame and pita chips, the whole was lightly seasoned with a miso-based dressing. Great.

The main courses arrived with delicious homemade pickles and bowls of perfect miso soup. There was steamed rice as well, but it was a bit too heavy and claggy, and the dishes were so generous in portion that we barely made a dent. First we tasted a hamburger steak topped with a slice of seared foie gras. I liked the way the sweet red-wine barbecue sauce enhanced the meat, and the foie provided a hit of luxury to take this dish from homey to restaurant fare. Smart.

Even more luxurious was a bowl of salmon chirashi that included salmon sashimi, tartare and tataki. Served over rice, the dish would have been ideal had I not started with the sashimi plate, and the tataki had not been seasoned with what tasted like dried oregano, which completely overwhelmed the flavour of the fish.

The best bet for twosomes would be the “take kago,” a beautiful tray that included five entries: soba noodles, beef stew, sashimi, aubergine dip and potato salad. Takeuchi does not make his own soba noodles, but these were still lovely and cooked to the ideal soft but firm texture. The stew was nice, certainly homey but not especially earth-shattering, and the eggplant dip was greedily sopped up with the accompanying sweet and spicy triangles of dried pita. As for the potato salad, a bit bland, and honestly after all the rice, I was ready to raise a white flag.

Takeuchi is an experienced pastry chef and makes everything from scratch. And he’s good; the crème caramel with sliced strawberries we devoured was textbook. Service provided by our lovely waitress was well-informed and well-paced, impressive considering the restaurant was full on a Tuesday night. It was just so carefully prepared that I did feel like I was at Takeuchi’s table, especially as I could see him 15 feet away in the open kitchen calmly cooking all night. As much as I enjoy the occasional extravagant sushi feast, how great to enjoy a simple feast, not perfect but completely devoid of any excess fanfare. I have eaten slick Japanese food countless times in our city, but rarely have I enjoyed an experience this heartfelt. Domo arigato, chef Takeuchi. 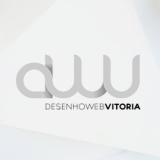